There is a school of thought that we should travel without guidebooks. Wander freely, explore widely, go where your eyes (and heart) dictate. To a degree, I have sympathy with that, often fancying myself as a velo flâneur, a wanderer, an explorer. The sad reality of course, is that modern living permits so little investment of time. If I’m going somewhere I need to do some research, make some early decisions and then enjoy them as the journey unfolds. And if that early decision making process involves route selection in my own back yard, I’d be reaching for Lost Lanes Wales.

Abergavenny resident, bike show broadcaster and author Jack Thurston has compiled an excellent guide book to cycling in Wales and the borders, a book that veers from agenda setting routes to local history, travel critique and psycho-geography. The book is split into 3 sections; An initial assortment of practicalities (introduction, map, general information), a selection of the best options for particular experiences (wild camping, arts and culture, pubs and so on) and finally the meat and drink of the book, 36 routes spread across 5 Welsh regions (North, Mid, South, West, Borders).

As a fellow Welsh citizen and wanderer, I feel Jack has done a first rate job in compiling routes that satisfy the head, heart and body. Take the Western section for instance. My favourite area in Wales is without doubt Pembrokeshire and while my body may be going through the motions in Cardiff, I’m often daydreaming about the Preseli mountains and hills that gently roll toward relentless Atlantic surf. Route No. 20 details a circuit that starts and ends in Fishguard, taking in the paeliolithic views and climbs of the Preselis and  providing a journey that gives plenty of scope to ponder how huge slabs of rock came to be rolled from here to stand in Wiltshire. The area is captured beautifully in both image and feel, with ride details that deal with the prosaic (pubs, pit stops, general advice), to local history, poetry and even off kilter references to Spinal Tap (who can forget their mini-stonehenge?).  Further details are provided via a detailed OS map downloadable from the Lost Lanes website.

While reading the book I was struck by the affection that Jack displays for his adopted home and dropped him a note to quiz him further. Given such extensive research and travel, were there aspects of Wales that surprised him?

“…..I’d never really thought that the Valleys would make for good cycling terrain as they’re so built up and urban, but wherever there’s a valley there’s also a pair of ridges, and the ridge roads and tracks have been a revelation. I hope to explore them more, both on road, off road and in between – they’re one of the few places in Britain where you might put one of the new ‘gravel grinder’ bikes to good use. I also enjoyed disappearing into the vastness of mid-Wales, one of the few places south of the Scottish border where you can find true solitude. Something unexpected and very heartening about much of mid-Wales and the borders is how there are still small and medium sized market towns that have resisted the march of the ‘clone towns’ you see right across England, towns that have retained their independence, distinctiveness and sense of place. It’s really encouraging”.

Spot on. Those ridges formed by glacial action and abused through two centries of heavy industry form the spine of my training, they can be bone jarring, challenging and wonderful all at the same time. And as for clone towns, anyone travelling through Powys and Gwent in search of high-street homogeny will be sorely disappointed.

I asked Jack of all the rides which represented his favourite and for perfectly understandable reasons – the area around Hay is rather special – he chose the Black mountains (route no. 14). It may only be 35 miles, but this is one route worthy of travelling very long miles to tackle. He also has a soft spot for both the Berwyns and – like me – Pembrokeshire, prompting a faded memory of the allure of the Porthgain chip:

“…..the run from Strumble Head to St Davids on a hot summer’s afternoon and early evening is unbeatable. Incredible views, quiet lanes, not too hilly, stopping for a dip in the sea at Abermawr then and fish and chips at Porthgain. Perfect”.

Of course all no guide book can be totally comprehensive. There are beautiful routes and quiet lanes peppering the coastline from my home city to it’s South Wales sister – and rival – Swansea, including the UKs first designated area of outstanding national beauty (the Gower peninsula) and the long rural stretches that meander from the Neath valley to Carmarthen, Aberystywyth and beyond. But that’s our job and the book gives the inspiration to explore. Lost lanes is very much a  travelogue that makes it clear that the author has done the hard yards, the experience of cycling the routes and immersion in local culture and history all captured within a wonderfully readable and beautifully illustrated tome.  Wales. Bikes. Books. Hills. History. Poetry. Coast. Chips? As you say Jack; ‘Perfect’.

‘Lost lanes Wales’ by Jack Thurston is available from bookstores priced £14.99. The full interview with Jack can be found here: Lost lane questions with Jack Thurston 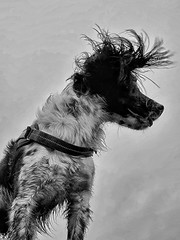 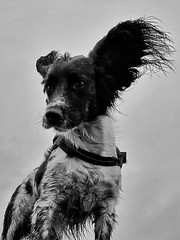 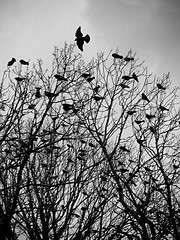