The epiphany moment – retrain as a driving instructor?

Last night I had an epiphany, that true Eureka moment. ‘I know!’ I shouted, mentally (‘mentally’ as ‘in my head’, rather than ‘like a lunatic’). ‘I shall quit this job, with all its romance of bike shelters, Sheffield stands and modular buildings (boom boom) and become a driving instructor’.  By doing so, I would be taking the good fight directly to source*.  I wouldn’t break any rules (naturally), but I might emphasise some of the salient points a bit more. For instance, I could wax lyrical about section 163 of the highway code which – as we all know – states:

Give motorcyclists, cyclists and horse riders at least as much room as you would when overtaking a car (see Rules 211 to 213 and 214 to 215).

Oh that would be nice wouldn’t it? All that space to waft around in rather than having your knees polished by passing Audis. What else would  I bang on about?……Yes! That old favourite;  mirror, signal, manoeuvre. My driving instructor – back when I was a youthful and innocent 17  – used to bark it at me like a regimental sergeant major; MIRROR, SIGNAL, MANOEUVER! YOU ‘ORRIBLE LITTLE MAN! (Which always seemed harsh. I’m 6 foot tall after all). You can thank our friend section 163 for  that one again:

Use your mirrors, signal when it is safe to do so, take a quick sideways glance if necessary into the blind spot area and then start to move out.

One of my special favourites is reserved for pedestrians. Section 146 says:

Watch out for pedestrians crossing a road into which you are turning. If they have started to cross they have priority, so give way.

Awww. Ain’t that sweet. And while those same drivers are all loved up, why not:

Allow access into and from side roads, as blocking these will add to congestion. (Thank you lovely rule 151).

Of course, I’m skimming the surface here. Spending 10 minutes reacquainting yourself with the highway code is like taking a cosy stroll down memory lane that’s been unexpectedly peppered with eye opening revelations.  Just think about  the possibilities. In retraining, I could teach people how to use their vehicles and brainwash drivers into understanding and even maybe  following, the highway code. Imagine the improvement in safety and reduction in aggro? <eyes move skyward, dreamy sigh emitted>. Where do I sign up? 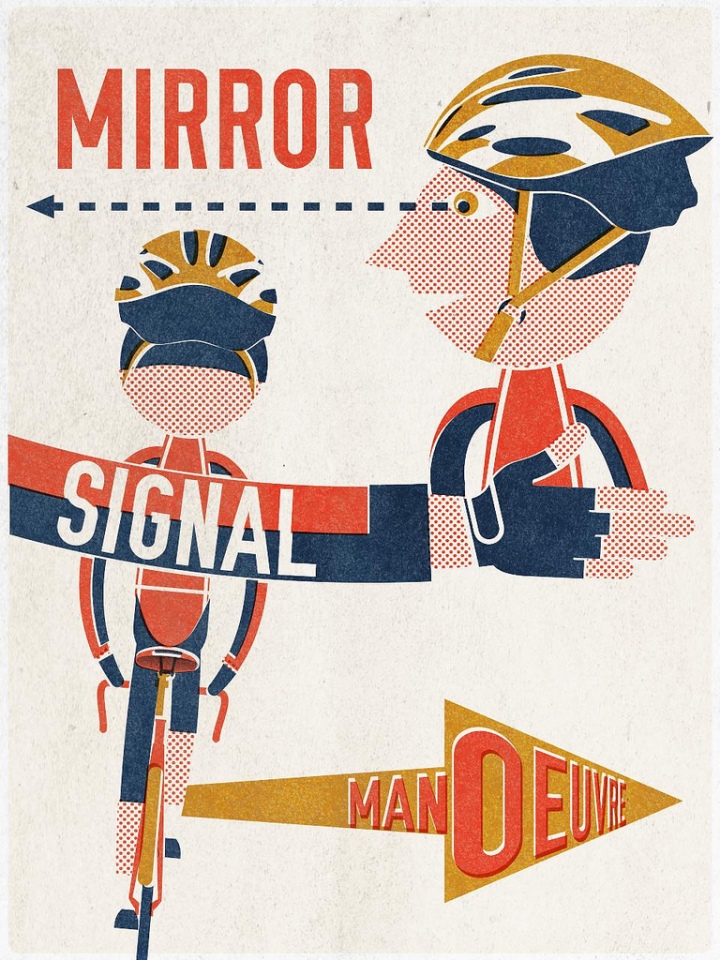 But always remember – it cuts both ways. Cycle art by Magnificent octopus

*Yes, cyclists break rules too. But generally they’re not pointing a potentially lethal weapon at other people. Equally there are many good drivers (and I love you all).

Incidentally, the epiphany moment occurred after I was forced to remind a taxi driver of ‘mirror, signal, manoeuvre’  (he had launched himself into oncoming traffic like a passenger carrying Scud missile).  Apparently, it’s our job to look out for Taxis that may or may not want to pull out from a parked position and not the other way around. Bonkers. Cycle art by the Magnificent Octopus. Prints available here. 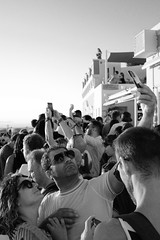 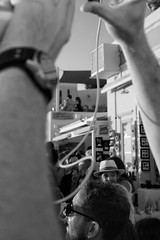 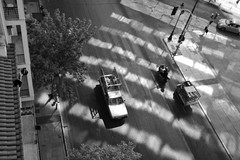